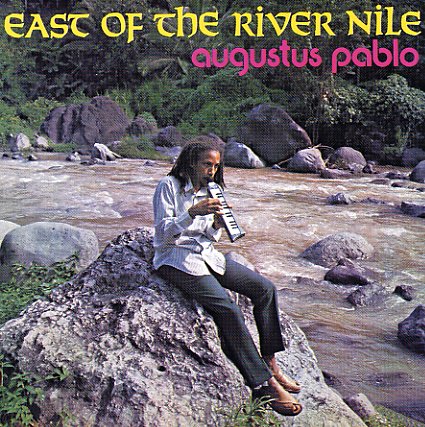 East Of The River Nile

One of Augustus Pablo's most classic records – from the title, to the cover, to the melodica-laden grooves within – prime Pablo with that ethereal sound that few other players could match on the instrument! The backings are warm and dubby – a perfect complement to the moody lead lines – and players include an all-star cast - with Earl Chinna Smith on guitar, Family Man Barrett and Robbie Shakespeare on bass, and Max Edwards and Carlton Barrett on drums. All tunes are instrumental – and titles include "Chant To King Selassie I", "Natural Way", "Nature Dub", "Upfull Living", "Unfinished Melody", "Jah Light", "Memories Of The Ghetto", "Africa (1983)", "East Of The River Nile", "Sounds From Levi", "Chapter 2", and "Addis A Baba".  © 1996-2021, Dusty Groove, Inc.
(Out of print.)