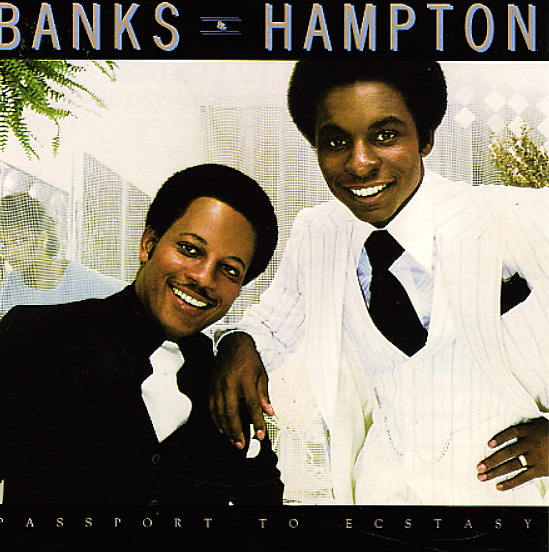 Modern soul, but with a bit of a southern twist – a sweet set recorded in Muscle Shoals by the team of Homer Banks and Carl Hampton – and produced by Brad Shapiro with all the great mix of modes he was bringing to records with Millie Jackson and others! The album's got a nice sort of groove – almost with an undercurrent of funk at points, bubbling along nicely with the vocals of Banks and Hampton in a way that's almost similar to some of Tyrone Davis' great work for Columbia – a great update of older southern soul modes, but in ways that still hold onto some of the best roots too. There's a great blend of smooth groovers and mellow midtempo tracks on the set – and titles include "Let's Make Up", "I'm Gonna Have To Tell Her", "Passion & Promises", "Passport to Ecstasy", "Believe", "Loving You", and "We're Movin' On".  © 1996-2022, Dusty Groove, Inc.
(Cover has a cutout notch and some surface and edge wear.)

Purple Rain
Warner, 1984. Very Good
LP...$119.99 (CD...$1.99)
One of the greatest crossover albums of the 80s – and the record that catapulted Prince very firmly into the mainstream! There's a tightness here that surpasses even that of Prince's early classics for Warner Brothers – an unabashed love of a pop hook that makes for some incredibly ... LP, Vinyl record album