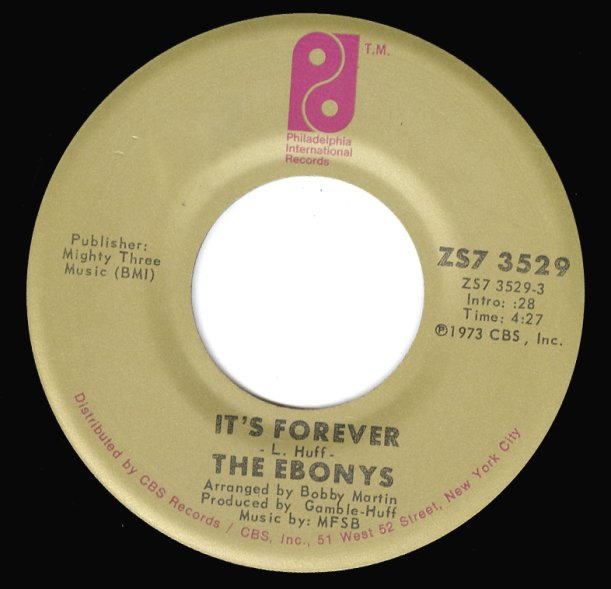 2 hard to find sides by this great Philly harmony group! 'It's Forever" is really one of the group's best – a slow building tune with a sad little approach – building harmonies over the theme of "forever", climbing over the top into a heavenly soul sound! "Sexy Ways" is uptempo with a rolling Gamble/Huff style – rougher and funkier than usual, in kind of a late 60s Philly groove!  © 1996-2021, Dusty Groove, Inc.
(Label has initials in pen.)