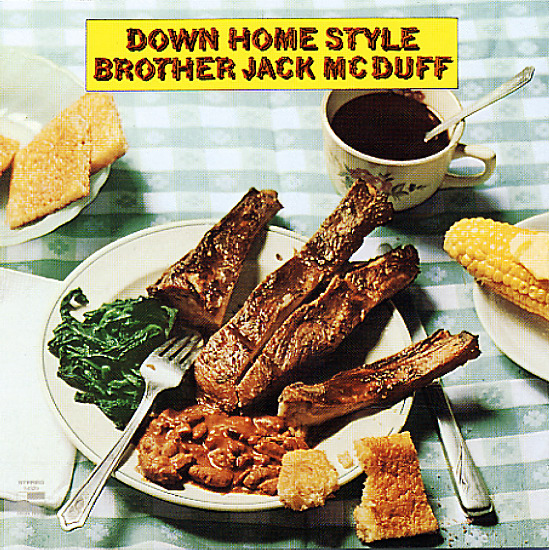 A really unusual album for Jack McDuff – one that was recorded in Memphis, with a lineup and a feel that's quite different from other Blue Note sessions of the time! There's a lot of electricity bubbling in the record – and although McDuff normally never worked with a bassist on earlier sessions, this one features a unnamed player who really lays out a nice bottom for the whole session – bubbling the tunes with lots of work on the electric, and letting McDuff concentrate on funking things up with the keys of the Hammond! The set features a key recording of Jack's classic "Theme From the Electric Surfboard", plus the funky numbers "Butter (For Yo Popcorn)", "The Vibrator", and "Down Home Style".  © 1996-2021, Dusty Groove, Inc.
(Out of print Rare Groove pressing.)