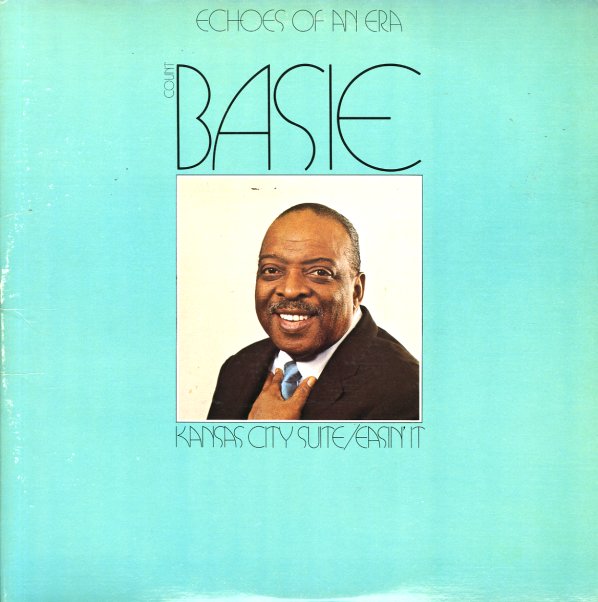 Echoes Of An Era (Kansas City Suite/Easin It)

A Basie 2-fer! First up is Kanas City Suite – a great little set – despite our initial fears! We'll admit that we're the first ones to shy away from anything that says "Kansas City" in the title – as we expect a lot of hoke – but this album's a surprisingly great batch of tunes, original numbers written by Benny Carter in honor of the KC of days past, but arranged and performed by the Basie group in a swinging style that's got the best touches of their Roulette years, plus a bit of Ellingtonish ambition in the horn charts. Titles include "Katy Do", "Miss Missouri", "Jackson County Jubilee", "Sunset Glow", "Meetin Time", and "The Wiggle Walk". Easin It is a soulful Basie swinger – thanks to some great tunes from Frank Foster! Most tracks are longer than usual for a Roulette album – and titles include "Brotherly Shove", "Easin It", "Blues For Daddy-O", "Four Five Six", and "Mama Dev".  © 1996-2021, Dusty Groove, Inc.
(70s issue.)

Honky Tonk A-La Mod!
Roulette, 1966. Very Good+
LP...$14.99
The soulful Hammond of Bill Doggett gets a sweet shift for the 60s – hitting a mod jazz mode that Bill no doubt inspired by his groundbreaking work of the 50s! The groove here is nicely snapping – in a space between soul instrumental work and jazz, with lots of tight guitar from Billy ... LP, Vinyl record album