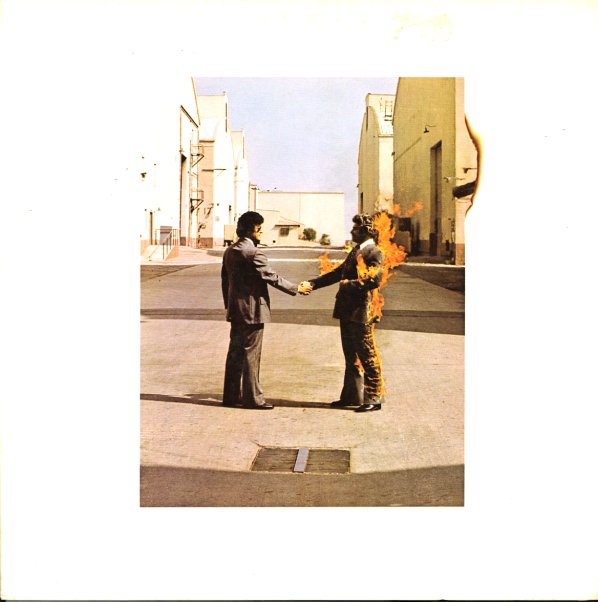 A seminal set from 70s Pink Floyd – a set that took all the energy of Dark Side Of The Moon, and refined it into an even more complex sonic setting! The songs here move out spaciously – still very unified as an overall album, but often with all of these longer-form musical ideas, and mature textural elements that really show the progression the group had made in just a few short years – almost as if they were revisiting the open-ended feel of their immediate records after the departure of Syd Barrett – but with a massive amount of new information about the possibilities of the recording studio, and their own skills as musicians. The whole thing's wonderful – always taken better as a whole than in just small slices – and titles include "Shine On You Crazy Diamond", "Welcome To The Machine", "Have A Cigar", and "Wish You Were Here".  © 1996-2023, Dusty Groove, Inc.
(Includes the heavy inner sleeve. Cover has light wear and light staining along the bottom.)