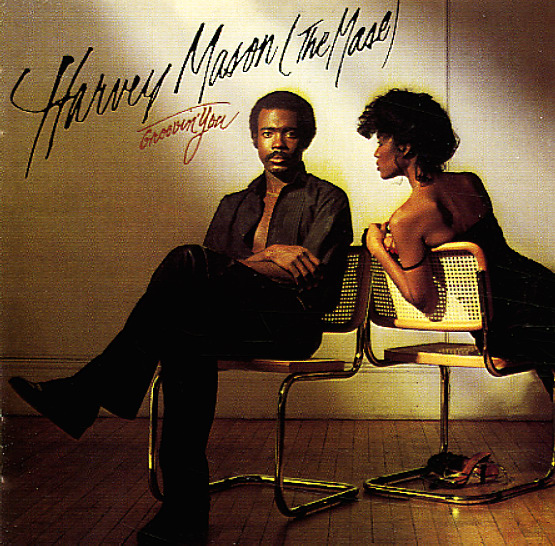 One of the best solo records from Harvey Mason – best known as the drummer on some really monster 70s funky fusion sessions (such as Johnny Hammond's Gears album) – but a surprisingly well-rounded R&B artist overall! As with Norman Connors, another fusion drummer gone soul star, Harvey's working here in a style that mixes jazz influences with modern soul – grooving things for a more mainstream audience, but still keeping things real underneath. The record's filled with guest appearances by fusion greats – like Bob James, David Spinozza, Richard Tee, Lee Ritenour, and others – and Jim Gilstrap sings vocals on a cut or two. Titles include "The Race", "Groovin' You", "Wave", "We Can", and "Here Today, Gone Tomorrow". This Soulmusic.com edition has 2 bonus versions of "Groovin' You": the 6+ minute 12" version and the shorter-grooving 7" single version.  © 1996-2021, Dusty Groove, Inc.