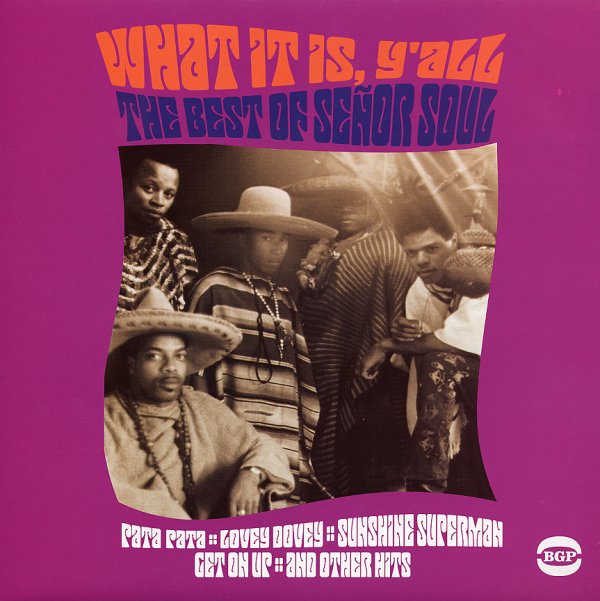 Enough funk to stop a truck – and a rare collection of tracks made by Senor Soul, a heavy-hitting LA group from the 60s – and the precursor to War! The tunes on the set are pulled from the group's sessions for the Whiz and Double Shot labels, plus a few previously unissued tracks – and the sound is completely sublime for fans who like their funk hard, heavy, and instrumental! Beats are rough, bass is fierce, and there's a good smattering of some Latinized elements – like percussion, flute, and tasy guitar. A few tracks have vocals, but the overall feel is mostly instrumental – and together, the tracks make the set feel like you've just stumbled upon a whole box of rare funky 45s sitting in the basement of a shop on Central Ave! 20 tracks in all – including "The Mouse", "Soul Fiesta", "Make The Funk Jump", "El Loco", "I Dig Rock & Roll Music", "I Ain't Got No Soul Today (What It Is, Y'All)", "Get On Up", "Hypnotizer", "The Sneak", "Poquito Soul", and "Don't Lay Your Funky Trip On Me".  © 1996-2023, Dusty Groove, Inc.