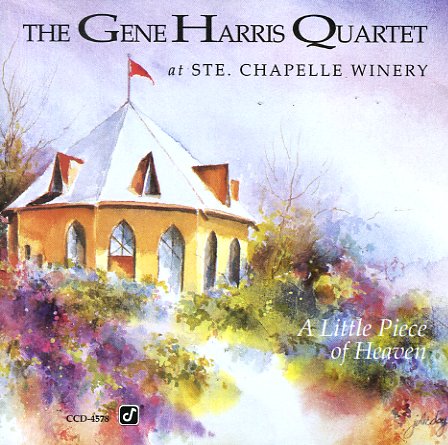 It's About Time
Concord, 1995. Used
CD...$4.99
Two generations of Hammond heroes – teaming up here in an old school-styled set! We'll admit that we're a bit more partial to Jack's organ than Joey's, but DeFrancesco's still pretty great – and the pair play together as if on some old twin-Hammond date from the 60s on Prestige ... CD

Organic Vibes
Concord, 2006. Used
CD...$7.99
One of the greatest albums we've ever heard from organist Joey DeFrancesco – a record that burns with strongly soulful work by Bobby Hutcherson! Hutcherson really helps Joey really flesh out his standard Hammond groove for the set – pushing the organ into broad new colors on both the ... CD

Live At Maybeck Recital Hall Vol 5
Concord, 1990. Used
CD...$9.99
One of the most beautiful albums in the Maybeck series – sublime solo piano from the great Stanley Cowell! CD