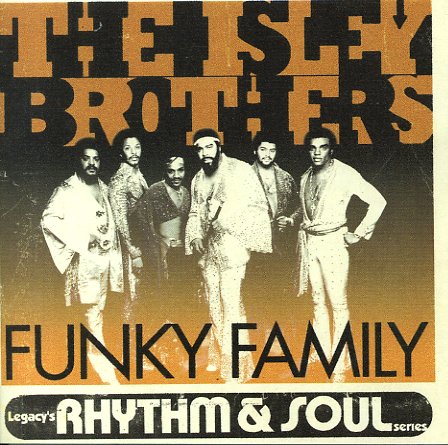 Beautiful Ballads
T Neck/Epic, 1970s. Used
CD...$4.99
Although the Isley Brothers seem to be best remembered for their funky work of the 70s – which shows up again and again on compilations and soundtracks of music from the time – we've always equally loved their way with a ballad, as the group had a really sweet sound when they wanted to, ... CD

There's A Riot Goin' On
Epic, 1971. Used
CD...$3.99
A wonderful album from Sly and crew – moving way past the straight funk approach of earlier records, into a complicated crossover soul style that's filled with warmth and righteousness! Despite the political tone implied by the "riot" in the title and the co-option of the American ... CD

Too Hot To Handle
Epic, 1976. Used
CD...$2.99 (CD...$5.99)
A killer album of crossover soul from the mid 70s – one that dropped like a bomb when it hit, and gave this UK group a number of big hits in America! Keyboardist Rod Temperton wrote all the tracks on the album – and he's got keen talent for both funky numbers and ballads. If soul ... CD