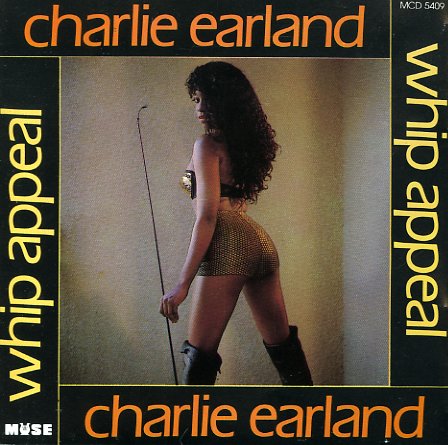 A kinky cover, but a great little record – as the Hammond giant is joined by Johnny Coles on flugelhorn, Houston Person on tenor, and Jeffrey Newell on alto and soprano!  © 1996-2022, Dusty Groove, Inc.
(Out of print.)

Front Burner
Milestone, 1988. Used
CD...$9.99 12.99
A wonderfully grooving late 80s set from Earland, with a great cast of supporting players, though their names may not be as well known as some of the heavies on his other records, the group has a wonderful vibe throughout the side. Ignore the couple of tracks that this record (and all of his ... CD

Revelation
Muse, 1989. Used
CD...$9.99
The music of Michael Carvin is always a revelation – a joyous, soulful outpouring of feeling that never fails to move us – and which always makes us wonder why more folks don't treasure gems like this that he made as a leader! Carvin's drum work is filled with energy from the get-go ... CD

Munchin'
Muse, 1993. Used
CD...$6.99
Underground grooving from trumpeter Wallace Roney – one of the excellent albums he recorded for the Muse label in the 90s – a wonderfully well-rounded set that's a tremendous tribute to his tone! The group here is every bit as great as Wallace's work in the frontline – Ravi ... CD

Sources Of Inspiration (with bonus tracks)
Muse, 1990. Used
CD...$9.99
An inspiring set from pianist Donald Brown– working here in a group that features some especially nice work from Gary Bartz and Eddie Henderson! Bartz plays soprano and alto sax, Henderson trumpet and flugelhorn – and both players fill the album with soulful colors and well-spun solos ... CD