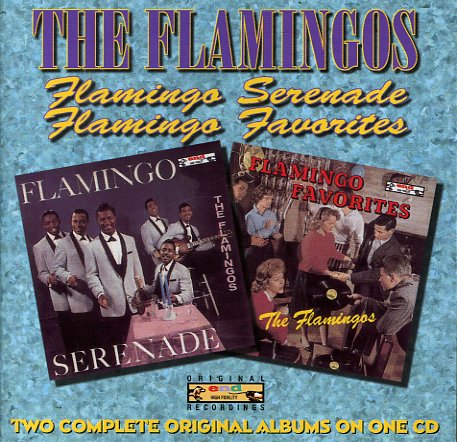 Nice UK 2-fer reissue of two of the best Flamingo's albums ever! Both are classic albums recorded for the End label, done at a time when the group were forging their rougher doo wop style into a sweet harmony sound that would go onto influence a generation of singers – and the production, singing, and arrangements are impeccable. The 24 track CD is jam-packed with classics like "Love Walked In", "But Not For Me", "Besame Mucho", "Maria Elena", "Mio Amore", "I'm In the Mood For Love", and their classic classic "I Only Have Eyes For You", which is still one of the 10 best songs ever recorded!  © 1996-2021, Dusty Groove, Inc.
(Out of print.)