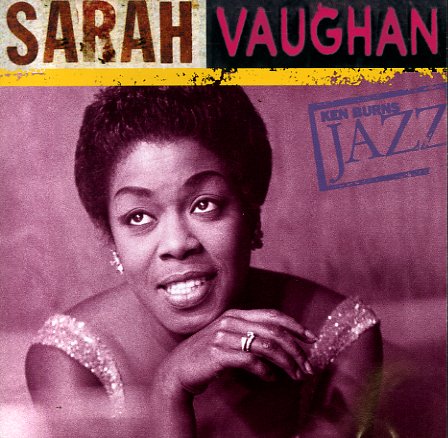 Everything I Have Is Yours
Drive, Late 40s. Used
CD...$3.99
Includes tracks recorded with Teddy Wilson, Dizzy Gillespie and Charlie Parker, Georgie Auld, and the Ted Dale Orchestra. CD

Sarah Vaughan (paper sleeve version)
EmArcy (Japan), 1955. Used
CD...$14.99
A jazz vocal masterpiece from Sarah Vaughn – one of her greatest albums ever, and a record that raised the bar for countless vocal sessions in years to come! Sarah's working here in an intimate group arranged by Ernie Wilkins – filled with famous trumpet solo work by Clifford Brown, ... CD

Music For Torching
Verve, 1955. Used
CD...$5.99
About as classic as you can get for Billie Holiday on Verve – a wonderfully intimate small group session, recorded with top-shelf players and a smokey torchy mood! Billie's in her later years by the time of the set, but somehow singing with even more emotion and life – working with a ... CD