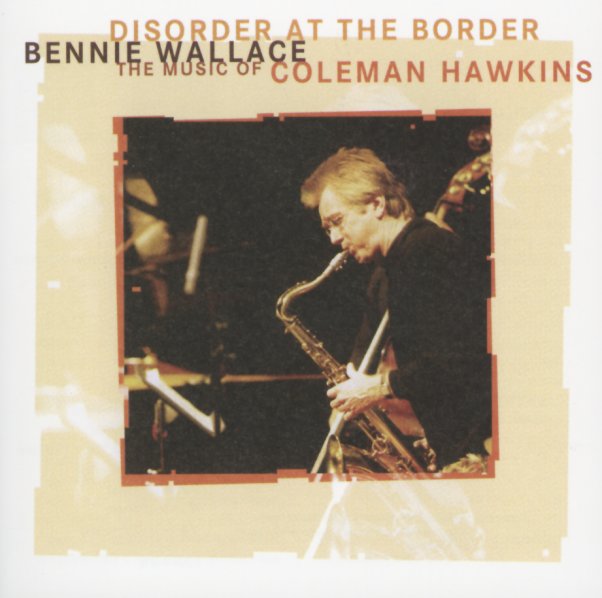 Disorder At The Border

A tribute to the music of Coleman Hawkins, but one that's got a vibe that's all its own – a sharper edge than you might have heard from the work of Hawk – even in the later years when he became a bit of a modernist! The lineup here is a bit larger than some of Bennie Wallace's usual groups – an ensemble that features Bennie on tenor, with Terrell Stafford on trumpet, Ray Anderson on trombone, Jesse Davis on alto, and Donald Vega on piano – all set up with sharp rhythms from bassist Danton Boller and the mighty Alvin Queen on drums! Anthony Wilson actually handled the arrangement of the tunes, even though he's not on the set – and the approach is very contemporary, and hardly a throwback mode at all – nicely showing us how much the music of Hawkins still has resonance for generations of listeners to come. Titles include "Disorder At The Border", "Bean & The Boys", "Body & Soul", and "La Rosita".  © 1996-2022, Dusty Groove, Inc.
(Out of print. Still sealed, cutout hole through barcode.)

Octet Plays Trane
Justin Time (Canada), 1999. Used
CD...$14.99 (CD...$16.99)
A sublime take on the music of John Coltrane – one that would be great enough if it just featured the tenor of David Murray – but which also expands the presentation in a larger group that really brings a lot to the music! There's a soaring sort of spirit here that's beautiful – ... CD