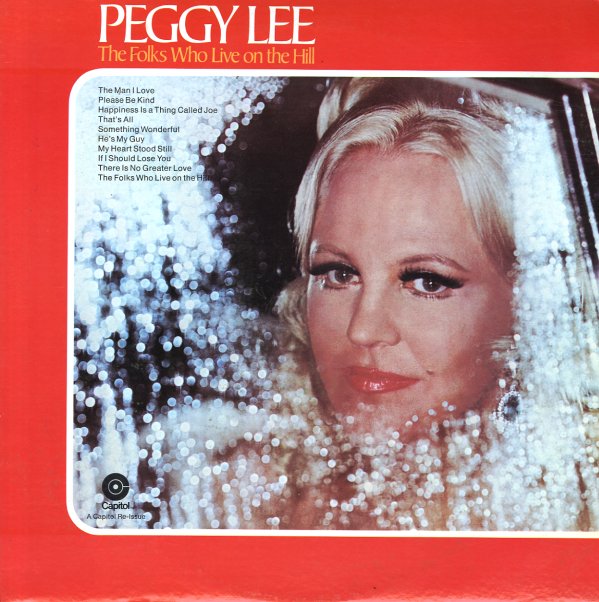 Folks Who Live On The Hill (aka The Man I Love)

Quite a rare album from Peggy Lee – and a strange one too! The album features backings "conducted" by Frank Sinatra, done in a moody, flowing, dreamy and sad style – similar to his own work of the late 50s Capitol years, especially the more melancholy albums that we love so much. Frank's probably not doing the bulk of the work, though, as the record also credits Nelson Riddle with arrangements – and Riddle's sound here is very strong, again in the mood of his best sad work with Sinatra – territory explored on albums like Wee Small Hours or Only The Lonely. Titles include "That's All", "Please Be Kind", "He's My Guy", "The Folks Who Live On The Hill", and "If I Should Lose You".  © 1996-2020, Dusty Groove, Inc.
(70s pressing.)