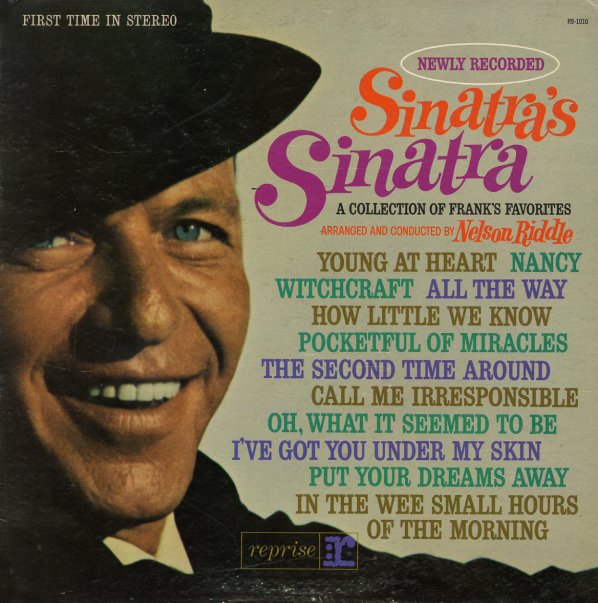 Nelson Riddle arrangements, very much in the spirit of the Capitol years – and titles that include "Witchcraft", "The Second Time Around", "Put Your Dreams Away", "I've Got You Under My Skin", "Young At Heart", and "Oh What It Seemed To Be".  © 1996-2022, Dusty Groove, Inc.
(Tri-color stereo pressing. Cover has surface and edge wear, mostly split seams and a bit of bubbling in the gloss.)