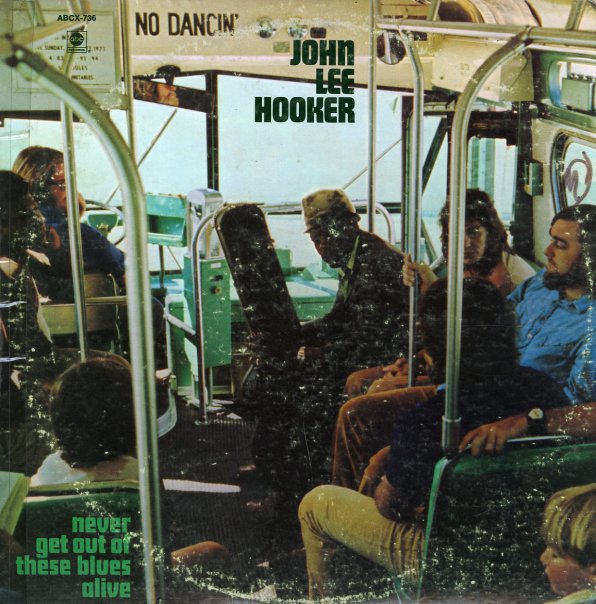 A wicked little album that has John Lee Hooker recording in San Francisco with a bunch of the other funky talents gracing the ABC/Impulse label at the time! Like other Bay Area work of the time, there's a nicely messed-up feel to the whole session – and plenty of funky moments bubble up from the bottom, thanks to a lineup that features Clifford Coulter on keyboards, Mel Brown on guitar, and Michael White on violin! More standard bluesmen on the date include Charlie Musselwhite on harmonica, Robert Hooker on electric piano, and Elvin Biship on slide guitar – and titles include "Hit The Road", "Boogie With The Hook", "Letter To My Baby", and "TB Sheets". Van Morrison also duets with Hooker on the title track – "Never Get Out Of These Blues Alive".  © 1996-2022, Dusty Groove, Inc.
(Black label stereo pressing. Cover has some ring and edge wear, lightly bent corners, and a center split in the spine.)