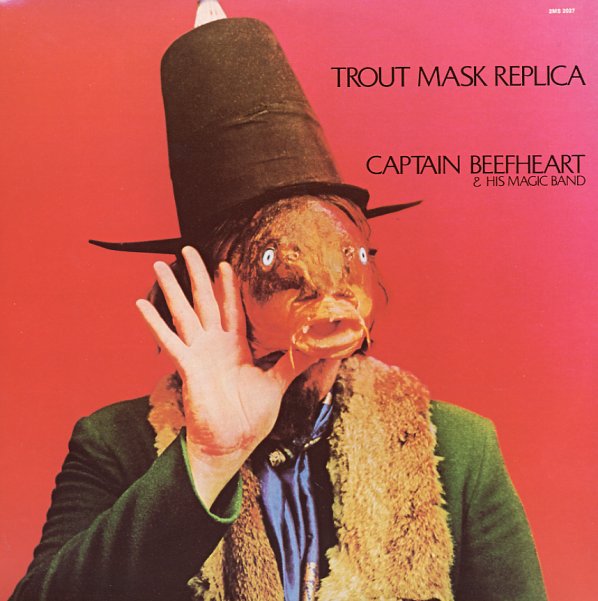 A seminal moment in leftfield music – maybe the crowning achievement of Captain Beefheart, and a landmark collaboration with Frank Zappa as well! Zappa produced, and gave the group plenty of room to stretch out on this double-length set done for his Bizarre Records imprint – which allowed the Captain the kind of freedom that Frank was getting at the time – which meant there was no need for a hit, no need to tone things down, and plenty of patience for all the record's amazing instrumental twists and turns, and Beefheart's madcap sense of humor as well! The Cap sings, and plays saxes and bass clarinet – and the record's got some really incredible guitar work from Zoot Horn Rollo and Antennae Jimmy Semens – really setting the stage for countless other guitarists in years to come. Tracks include "Dachau Blues", "Hair Pie", "Moonlight On Vermont", "Sweet Sweet Bulbs", "China Pig", "My Human Gets Me Blues", and "Dali's Car".  © 1996-2022, Dusty Groove, Inc.
(Out of print.)