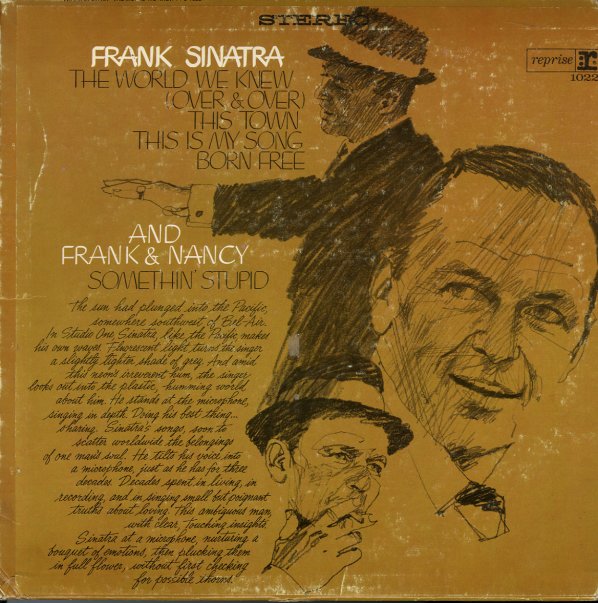 A later gem from Sinatra – filled with a mix of unusual mature songs, set to arrangements by Ernie Freeman Claus Ogerman, Billy Strange, and Jimmy Bowen. Titles include his "Somethin Stupid" duet with Nancy – plus "This Town", "This Is My Song", "This Is My Love", "The World We Knew", and the perfect "Drinking Again" – a Reprise Records classic if there ever was one!  © 1996-2023, Dusty Groove, Inc.
(Mono orange & tan label stereo pressing. Cover has light wear, small faint stain on lower corner. The back cover has light stuck-on paper ring wear.)