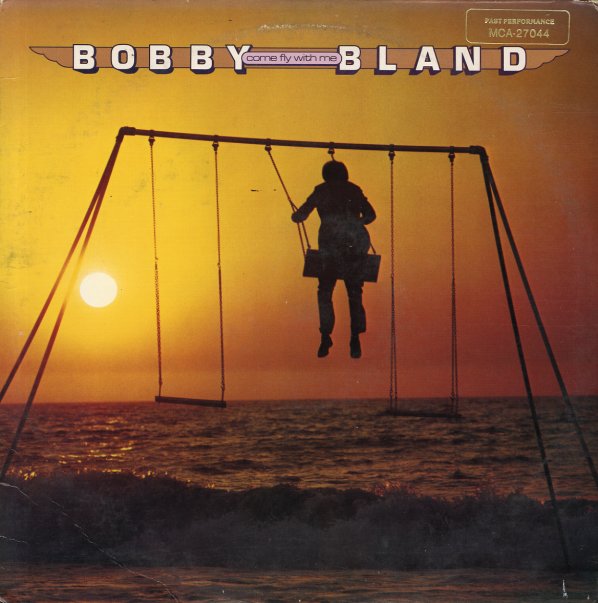 Great work from Bobby Blue Bland – one of the few artists to rise up at the end of the 50s, and still find a way to chart their own path forward in soul with fresh material like this! Bobby's voice is still incredible here, and he works with production from Al Bell and Monk Higgins, the latter of whom arranged – in this cool style that's a bit like some of the territory that Tyrone Davis was taking on at Columbia Records during the second half of the 70s – fuller arrangements that bring some sophisticated soul touches to the music, but in ways that never lose the core of Bobby's genius! Titles include "Lady Lonely", "Night Games", "You Can Count On Me", "Love To See You Smile", "Come Fly With Me", and "To Be Friends".  © 1996-2022, Dusty Groove, Inc.
(Label has initials in marker. Cover has light wear.)

Real Folk Blues
Chess, 1950s. Good
LP...$14.99
A classic packaging of Muddy Waters' famous early work for Chess Records – brought together with a cover and title that pitch him strongly towards the growing folk movement of the time! And, although most of these tracks were recorded in Chicago, with some electric guitar in the mix, there's ... LP, Vinyl record album

All For Business
Delmark, 1973. Near Mint-
LP...$34.99
Features Jimmy Dawkins on guitar – and on vocals on one track – alongside Big Voice Odom on main vocals, Otis Rush on guitar, Sonny Thompson on piano, and Jim Conley on tenor sax! LP, Vinyl record album