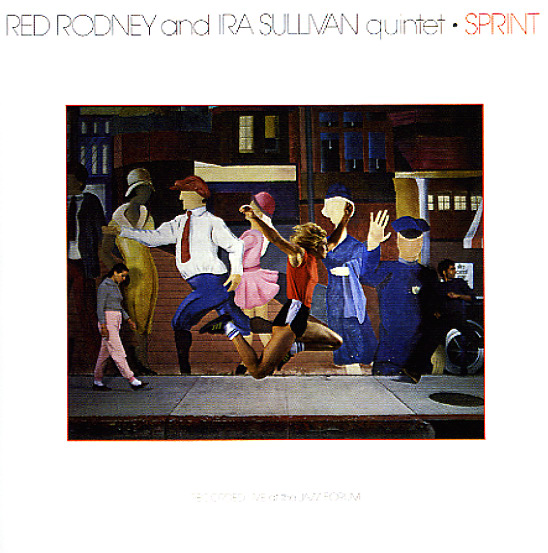 A tremendous live performance from the group co-led by Red Rodney and Ira Sullivan – two players who really bring a lot to each other's music! There's a mode here that really blows us away – a careful, sensitive approach that allows each horn player to hit their most lyrical moments – shading things in with a far richer palette of sounds than we might ever have expected. The rest of the group's a big factor for the album's sound, though – as it features the great pianist Garry Dial, who also wrote some of the tunes – plus Jay Anderson on bass and Jeff Hirschfield on drums. Rodney plays trumpet and flugelhorn, and Sullivan plays flute, flugelhorn, alto, and soprano sax – on titles that include "How Do You Know", "As Time Goes By", "Sprint", "My Son The Minstrel", and "Speak Like A Child".  © 1996-2020, Dusty Groove, Inc.
(White label promo. Cover has a promo stamp.)