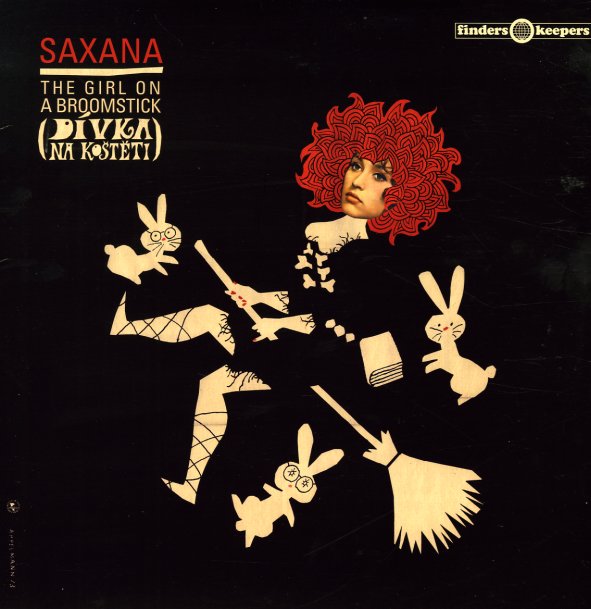 Saxana – Girl On A Broomstick

An amazing psych funk score by Angelo Michajlov – a trippy, but nicely grooving set of space jazz & funk inflective 70s soundtrack grooves for Divka Na Kosteti – a Czechoslovakian flick about a teenage witch! The music is fantastic, a mix of some of the more cheeky, fun and funky sounds so prominent in the pulpier realms of international cinema – from organ that drone in parts, no doubt the "witchy" moments, to more of a hard grooving jazz funk mode – to oddball percussion, horn bursts and psychedelic effects. Finders Keepers presents the material excellently, with a number of chanted "spells" from the film's dialogue and a couple of tunes sung by the film's star, Petra Cernocka. Michajlov wrote the score, Marta Kubisova arranged and it's performed by the Karel Vlach Orchestra. Includes "Divka Na Kos Tete", "Dexm Po Multo Shumpoplex", "Algebraic Airbrush", "Ridiculous Cuniculus", "The 300 Year Itch", "A Good Honest Looneyhouse", "A Visit From The Heavies", "A Rabbit In Cage 6", "Hide And Sheik", "The Magic In A Single Rose" (sung by Petra Cernocka) and more – plus the CD bonus track "Saxana (Original Czeck 45 Single Version)".  © 1996-2021, Dusty Groove, Inc.