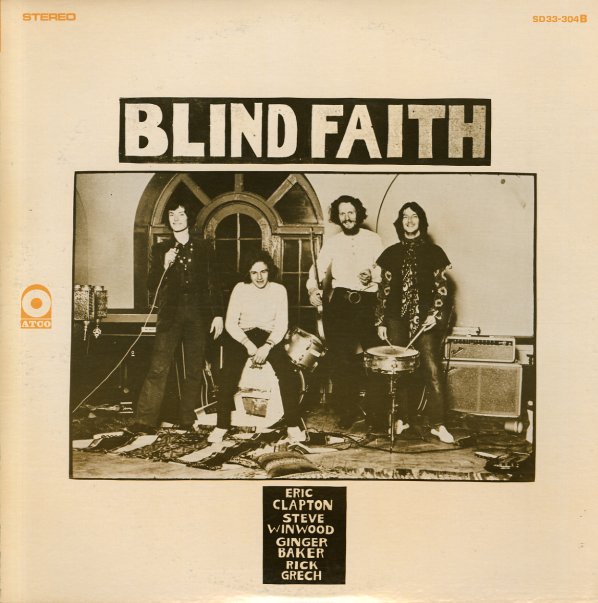 One of the superest of the late 60s supergroups – with Eric Clapton, Steve Winwood, Ginger Baker, and Rick Grech! Titles include "Had To Cry Today", "Presence Of The Lord", "Do What You Like", "Sea Of Joy", and "Well All Right".  © 1996-2023, Dusty Groove, Inc.
(Yellow Broadway label pressing. Vinyl has a rough and noisy patch on "Had To Cry Today". Cover has a Gold Record Award sticker, some ringwear, and half split bottom seam.)