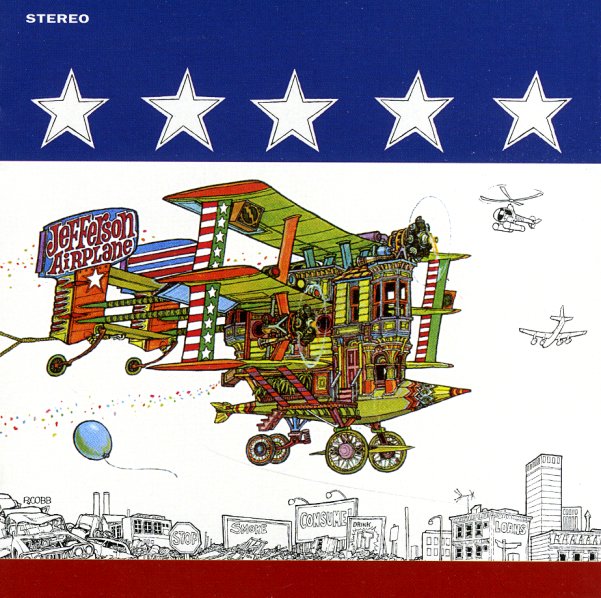 After Bathing At Baxters

Jefferson Airplane's weirder follow-up to Surrealistic Pillow – and a pretty incredible record – concentrating their sprawling psychedelic impulses into fairly succinct 3 to 4 minute songs, for the most part! It's a creative approach, and it's a brave record. If Surrealistic Pillow lured the mainstream into the rabbit hole, this one is the tripped out tea party inside! Only a couple of tunes roll past the 5 minute mark, so it never gets too far out, and it's got plenty of chugging, bluesy rock to keep it neat. Includes "The Ballad Of You & Me & Pooneil", "Young Girl Sunday Blues", "Martha", "Wild Tyme", "Two Heads", "Watch Her Ride", "Won't You Try/Sunday Afternoon"and more.  © 1996-2023, Dusty Groove, Inc.
(Black label stereo pressing with deep groove. Includes the printed inner sleeve. Cover has some surface & edge wear.)