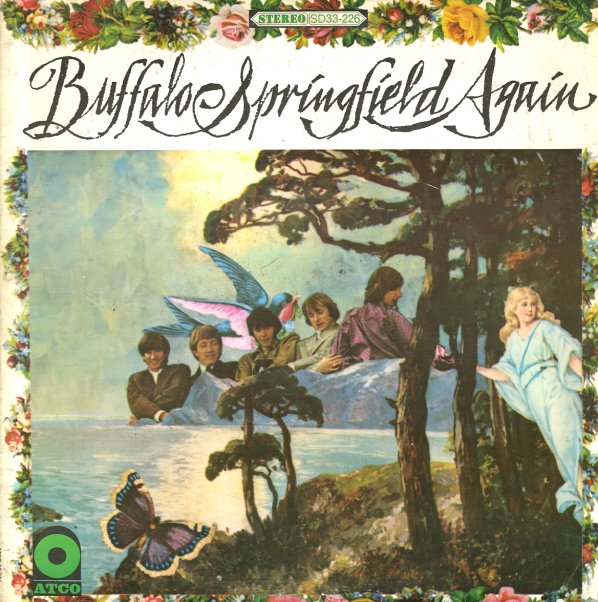 A record that's way more than just "again" – that is, a recap of the first Buffalo Springfield classic – as the set not only has the group really exploding forward, but also the individual members taking these strong steps on their own that really point towards their big legacies to follow! Neil Young grabs us with darkness on the first tune, Richie Furay warms us with some country strains on the next, and Stephen Stills moves into a space that's very much his own on the next – yet throughout it all, the record has this sense of unity that really holds up over the years – giving us depth that makes the whole thing an amazing listen time and time again. There's some key help along the way – a bit of piano from Don Randi, electric piano from Jack Nitzsche, and even some recording help from Jim Messina – all furthering the warmth of the group's approach. Titles include "Mr Soul", "Sad Memory", "Hung Upside Down", "Good Time Boy", "Rock & Roll Woman", "Broken Arrow", "A Child's Claim To Fame", and "Expecting To Fly".  © 1996-2022, Dusty Groove, Inc.
(Yellow label pressing with Broadway address. Cover has light wear.)

There Is A Universe
Lion, 1975. Near Mint-
LP...$16.99
A very groovy record from a very unique band – a homegrown set by an obscure Pennsylvania combo from the 70s – a group who were equally schooled in jazz fusion and progressive rock! Probe 10 are a rock group at their core, but they've also drank heavily from the brew of 70s Mahavishnu ... LP, Vinyl record album