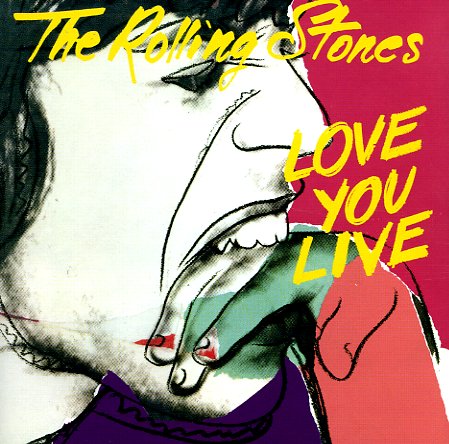 A double-length live set – with cuts that include "Sympathy For The Devil", "Around & Around", "Crackin Up", "Little Red Rooster", "It's Only Rock N Roll", "Mannish Boy", "Tumbling Dice", and "If You Can't Rock Me".  © 1996-2022, Dusty Groove, Inc.
(Original US pressing with Sterling stamp, includes the color inner sleeves. Vinyl has minor cosmetic marks and blemishes. Cover has light wear.)

Goats Head Soup
Rolling Stones, 1973. Near Mint-
LP...$24.99 (CD...$3.99)
A sometimes-overlooked classic from the Rolling Stones – but that's maybe just because it's sometimes obscured in the shadow of Exile On Main Street, the record that immediately preceded it! And while it might be a stretch to some, we like to think of Goat's head as kind of a capper to that ... LP, Vinyl record album