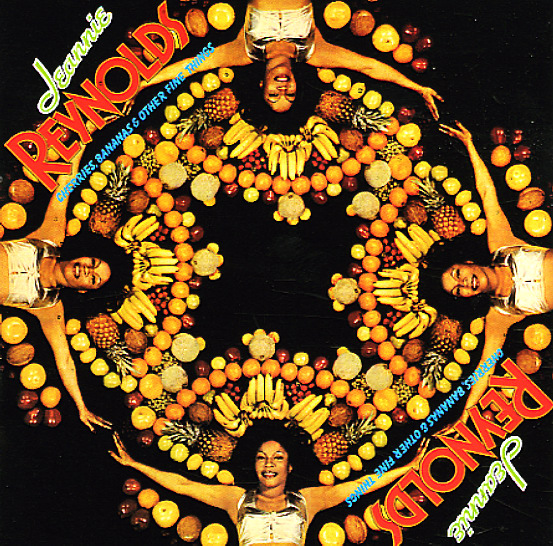 Also available
Jeannie Reynolds — Cherries, Bananas & Other Fine Things (with bonus tracks) ... CD 6.99
A great little album from Jeannie Reynolds – and her lasting contribution to underground soul! Jeannie's vocals are nice and deep – with hints of southern diva phrasing, filtered through some of the tighter soul styles coming out of Chicago and other points north at the time! Detroit talents LJ Reynolds, Tony Hester, and Don Davis produce – save for one song by Michael Henderson – and the big highlight is the slow groover "The Fruit Song", a sly seductive stepper of a track, with rolling congas, sweeping strings, and a very catchy hook from Jeannie. That number runs for about 7 minutes long – and the album also includes a number of nice shorter cuts, like "I've Still Got My Pride", "The Feelin' Ain't There", and "You Want To Get Your Hands On A Woman" – all wonderful numbers that will have you loving Jeannie as one of your favorite new discoveries in 70s soul! CD also features 4 non-LP bonus cuts – "Phone's Been Jumping All Day", "Unwanted Company", "Lay Some Lovin On Me", and "Love Don't Come Easy For Me".  © 1996-2022, Dusty Groove, Inc.

Romantico
Sugar Apple, 1982. Used
CD...$6.99
A warmly crafted set that Jon Lucien recorded on his own after bigger fame at Columbia and RCA – and a nice little record that shows that the Lucien magic was still very much in place! The set's got a gentler groove than some of his earlier records – less ambitiously jazzy, and almost ... CD

Collaborations
Expansion (UK), 1970s. Used
CD...$8.99
Smooth modern duets from one of our favorite ladies in soul music! Jean Carne's a heck of a singer – with a career that stretches back to early soul jazz recordings with (then) husband Doug Carn, to solo recordings on Philly International in the late 70s, to appearances on records by other ... CD