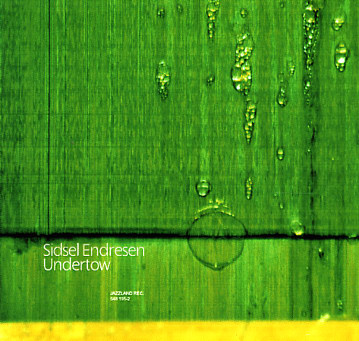 New work from Sidsel Endresen – one of the compelling Norewegian artists currently part of the Jazzland underground future of electronic jazz! Sidsel's one of the few singers to emerge from the scene – and he's got a spare breathy voice that's halfway between Bjork and Jay Jay Johansson – singing in English, but slightly off-kilter because of his accent, and the way the vocals are layered amidst moody electronics and soundscapey backdrops. Music on the album is created with help from Bugge Wesseltoft, Nils Petter Molvaer, and Roger Ludvigsen – and titles include "Angel", "Undertow", "You Cover Time", "Travelling Still", and "Blessed Instant".  © 1996-2021, Dusty Groove, Inc.

Jazzland Remixed 2
Jazzland (Norway), 2002. Used
CD...$4.99
The only thing better than the hip sound of the Jazzland label is the Jazzland label remixed – and that's what you'll hear in this second fab set of work from the groundbreaking Norweigian jazz imprint! The set features loads of cool and spacey numbers, taken to the nth degree in newly ... CD

Jafrosax 2
Universal (Japan), 2005. Used
CD...$16.99
A second full length set from Jafrosax – one of the few Japanese combos to successfully blend jazzy riffs with more electric dance rhythms! The sound here really isn't club jazz, but more a soulful house with sax solo sort of mode – one that has plenty of tenor blowing over the top of ... CD

Electric Mojo Vol 3
Universal (Germany), 2002. Used
CD...$2.99
The funky sounds of the Mojo Club scene – all modern, and all electric, and a nice counterpoint to that club's famous compilations of older jazz and soul work. The set keeps the cross-genre spirit of the Mojo scene going nicely – blending older jazz, Latin, and soul influences into ... CD