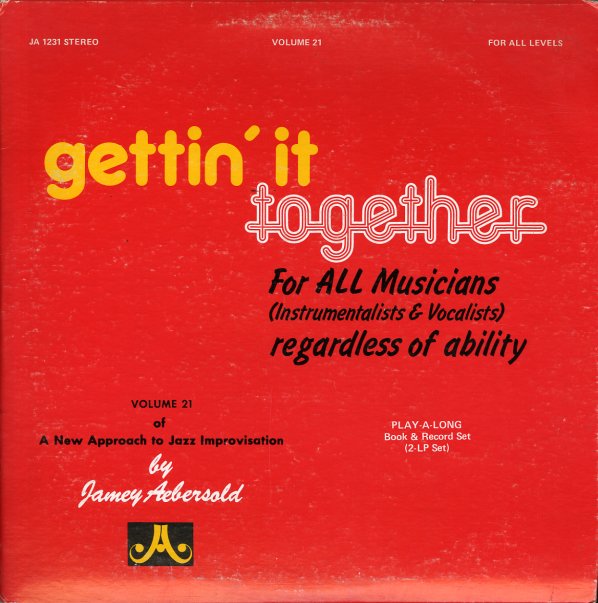 Getting It Together – For All Musicians Regardless Of Ability – Vol 21

New Approach To Jazz Improvisation
Jamey Aebersold, Early 70s. Very Good+
LP...$0.99
An early version of this one – with either Chuck Marohnic or David Lahm on piano, Don Baldwin or Tyrone Brown on bass, and Stan Gage or Charlie Craig on drums. LP, Vinyl record album