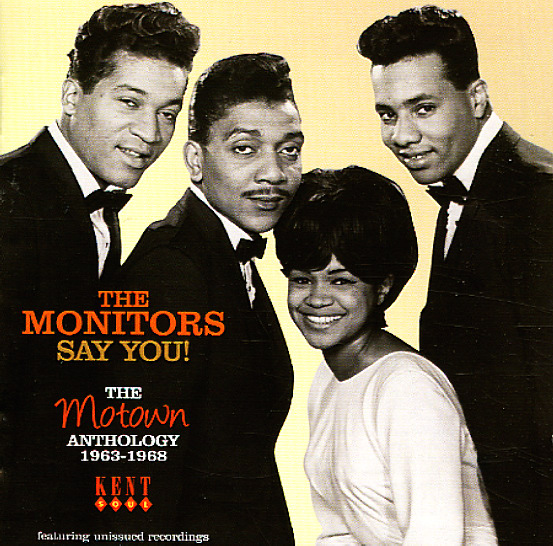 Say You – The Motown Anthology 1963 to 1968 (Greetings! We're The Monitors plus previously unissued material and B-Sides)

A real lost gem from Motown – and a whole lot more! Greetings! We're The Monitors is the only full album ever cut by The Monitors – a 3-man, 1-woman vocal group who were in a popular Motown mixed harmonies mode. The quartet had a wonderfully strong vocal presence – blasting away at most tracks with a strength that groups like The Miracles or Gladys Knight & The Pips could never match – and like those groups, they bridge that key period between late doo wop-oriented harmonies, and tighter 60s group soul. The LP brings together singles the Monitors cut for Motown during the previous few years, but it also works extremely well as a unified album – and it's a refreshing change from some of the oft-heard Motown material. Titles include "Greetings (This Is Uncle Sam)", "Number One In Your Heart", "Bring Back The Love", "Step By Step (Hand In Hand)", and "Baby Make Your Own Sweet Music". This incredible anthologogy from Kent starts off with that album and includes 12 unissued tracks – a whole album's worth – plus 2 B-Sides. Unissued tracks include "Too Busy Thinking About My Baby" , "The Letter", "Poor Side Of Town", "Anything", "Guilty" and more. 26 tracks in all!  © 1996-2020, Dusty Groove, Inc.