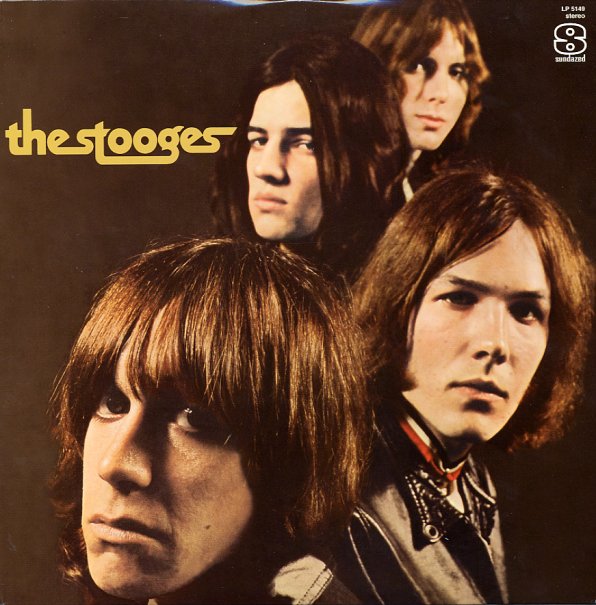 A record that no home should be without – and a stunning set that still carries all the raw power it did way back in 1969! The album's an apocalyptic vision of the future – a future it helped to shape, give its influence over the years – and from start to finish, the whole thing is brilliant – from the raw energy of the band, to the sneering lyrics of Iggy Pop, to the perfect production by John Cale – who's opening up a whole new side of his genius with his studio work here. The set begins with the boldly declarative "1969" – maybe one of our favorite Stooges songs ever – then moves into the landmark "I Wanna Be Your Dog", over to the ten minute freakout of "We Will Fall", to the classic "No Fun", through the cuts "Real Cool Time", "Ann", "Not Right", and "Little Doll". Imitated by many, but never done this well again – and a record that will most likely still be blowing the minds of our grandkids!  © 1996-2021, Dusty Groove, Inc.
(80s Canadian pressing. Cover has some wear at the bottom seam.)