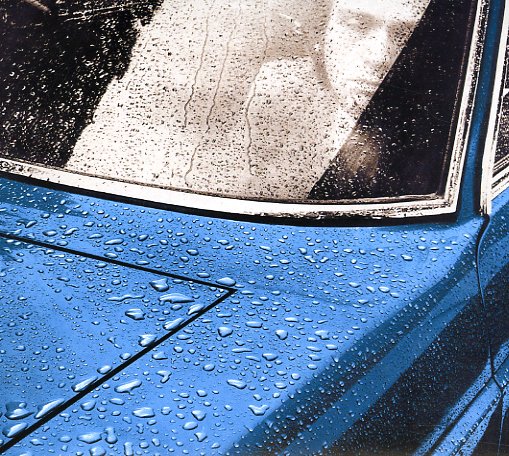 The first solo set from Peter Gabriel – and a record that was quite a surprise upon initial release – kind of a stripped-down variant of the energy that Gabriel brought to his early work with Genesis, presented in a nicely lean way that allowed for all the best focus on his key ideas! The style here is light years away from the last moments Gabriel was with Genesis – although there's still a few nice touches of the Lamb Lies Down generation, too – and the vocals are more pointed, more focused, and arguably more personal too. Instrumentation holds up better than you might expect – especially as there was no move at all to nod to the nascent punk generation – and titles include the hit "Solsbury Hill", plus "Modern Love", "Slowburn", "Humdrum", "Waiting For The Big One", "Down The Dolce Vita", and "Here Comes The Flood".  © 1996-2022, Dusty Groove, Inc.
(Early 80s beige label pressing.)

Deutsches Album (aka Security)
Charisma (Germany), 1982. Near Mint-
LP...$11.99 19.99
An all-German version of Peter Gabriel's fourth album! A record that some might call the last truly great Peter Gabriel album – and a key cap to his excellent initial solo run! The album's got a deeper feel than before – slightly richer colors, more spiritual themes, and arguably more ... LP, Vinyl record album

Peter Gabriel 4 – Security
Geffen, 1980. Very Good+
LP...$14.99
A record that some might call the last truly great Peter Gabriel album – and a key cap to his excellent initial solo run! The album's got a deeper feel than before – slightly richer colors, more spiritual themes, and arguably more of a sense of majesty – almost an echo of some of ... LP, Vinyl record album