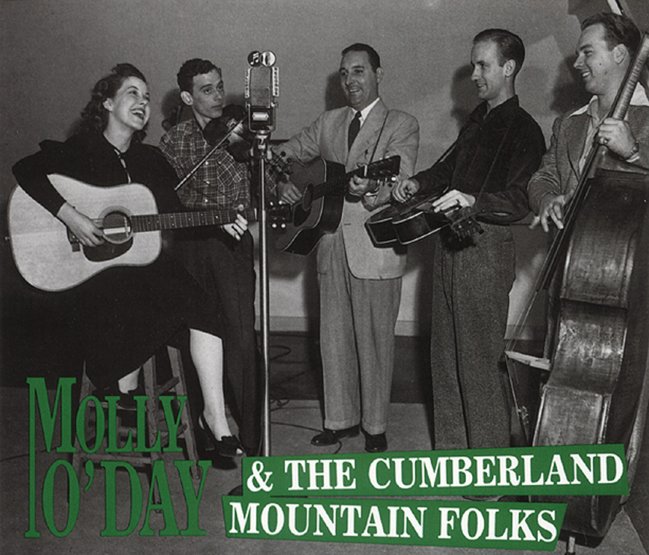 Very nice late 40s female country vocals from Molly O' Day! Molly only recorded for a handful of years for Columbia Records, and most of that output is collected on this fine 2 CD set from Bear Family featuring close to 40 tracks. Molly had the way down home twang and soulful wail of the first Hank, the spiritual side of the Carters, but also an incredibly sweet voice and the more outward personality of a Roy Acuff, and it's a shame we don't have decades of material to peruse. Tracks include "The Tramp On The Street", "When God Comes And Garners His Jewels", "The Black Sheep Returned To The Fold", "Put My Rubber Doll Away", "Matthew Twenty-Four", "Mother's Gone But Not Forgotten", "This Is The End", "Fifteen Years Ago", "Poor Ellen Smith", "Coming Down From God", "Don't Sell Daddy Any More Whiskey", "It's Different Now", "It's All Coming True", and "When We See Our Redeemer's Face". It should go without saying that the folks at Bear Family have gone all out to include a thick booklet with rare photos and a full biography.  © 1996-2021, Dusty Groove, Inc.

First Ten Years 1956 to 1966 (4CD set)
Bear Family/Decca (Germany), Late 50s/Early 60s. New Copy 4CD
CD...$99.99 149.99
The first-ever package to ever do justice to the influential talents of Bill Anderson – one of the more important songwriters of the 50s country scene – and a budding singer who helped introduce whole new modes of expression to the music! Bill's tunes were sung by many – and had ... CD

Big Mouth USA – The Unissued Paramount Album
Paramount/Bear Family (Germany), 1973. New Copy
CD...$4.99 16.99
A heck of a great record from Jim Ford – an early 70s country outsider whose early work hardly got any circulation at the time – but who's managed to go on to become the stuff of legend over the years! This set's got Jim at his best – maybe sounding even more country than on his ... CD