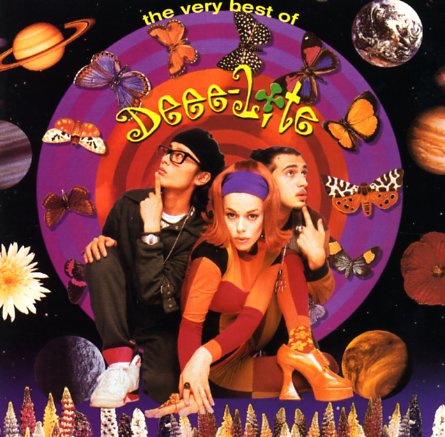 Some of the grooviest pop to ever hit the dancefloor – a collection of early 90s tracks by the mighty Deee-Lite! The trio are a key link between the house influences bubbling in pop and soul at the end of the 80s, and some of the more sophisticated grooves to come – and although they cracked the charts and MTV plenty with their playful, colorful sense of style, the group are also still one of the best of their generation at blending together a range of different sounds and styles! The 20 track set has all the dynamic energy of the group's single albums at their best – an explosion of delightful surprises at each new twist and turn. Titles include "Deee-Lite Theme", "Good Beat", "Groove Is In The Heart", "What Is Love", "ESP", "Who Was That", "Pussycat Meow", "Say Ahhh", "Love Is Everything", "Bittersweet Loving", "Party Happening People", "Mind Melt", and "Apple Juice Kissing".  © 1996-2021, Dusty Groove, Inc.
(Out of print.)