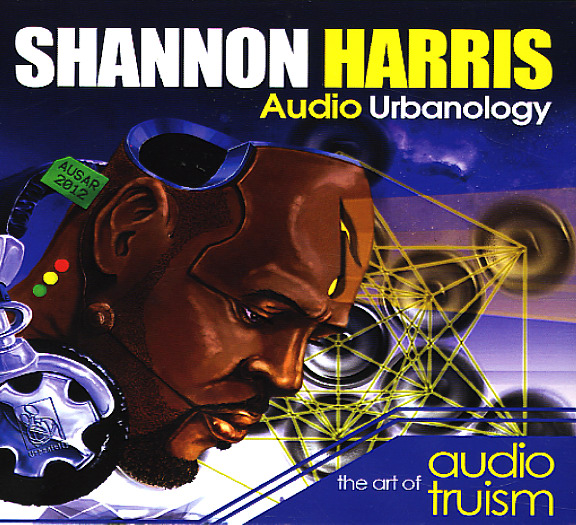 The first full length set we've heard from Shannon Harris & his Urbanicity fellow travelers – and it's a great one – blending classic spiritual jazz, Afro roots & Brazilian influences, and spacey soul for a unique, hypnotic groove! Harris blends live instrumentation with cosmic mood and production touches wonderfully – crafted with soulful vocals, bass, guitar and other strings, sax, flute, vibes and a host of earthy percussion touches – with a bit of a smoothed out groove that glides along and pulls you right in! Unpredictable from one cut to the next, except for it all being uniformly excellent! Guests include Brian Wesley Smith, Christopher McBride, Jube, Natalie Oliveri & Chicago Butucada, Alia Ammar, Cinery Achebe, Nosarnus and others. Shannon is the writer, composer, producer, percussionist and the maestro at the center of it a sprawling, yet insistent vibe. Titles include "Atem Ra", "Desperado/El Montuno (The 2nd Rising)", "Viva A Vida Como De Nao Hauvesse Amanha", "Leroy B-Boy", "Kinetic Energy", "Afrika", "Spirits Of The Black Experience", "States Of Receptivity".  © 1996-2020, Dusty Groove, Inc.