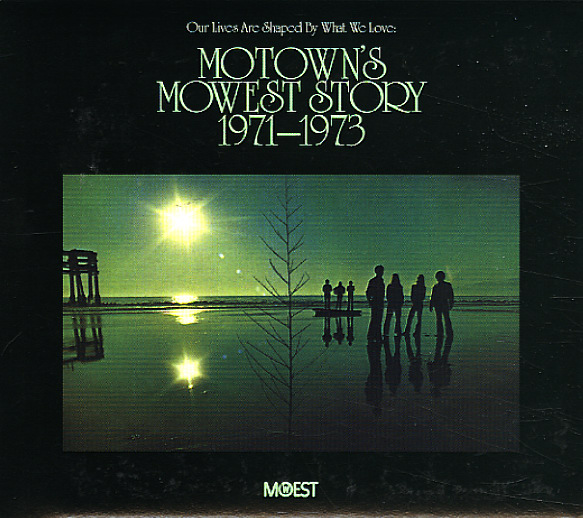 The first ever compilation of the best music made for MoWest – the eclectic, but still soulful cuts made when Berry Gordy Jr. relocated from Motown to the west coast in the early 70s – releasing cool and sometimes strange music with a soul background, yet toasted by LA sunshine! The MoWest subsidiary lasted just a few years, and gets overlooked in the canonization of Motown at it's most classic and revolutionary – but the legacy is pretty incredible. Funk, sunshine rock and soul fused adventurously by a stunningly diverse roster – late period Frankie Vallie & The Four Seasons (who's comp-opening track is a slept on sunshine pop-soul classic), breezy-jazzy-soul from Odyssey, the sister funk of Sisters Love, a stunning solo left turn from Spinners singer GC Cameron and more great stuff from Syreeta, The Commodores, Suzee Ikeda, Thelma Houston and others. We've been dying for a well selected MoWest comp like this for years, and Light In The Attic stepped to the plate and knock it right out of the park. The songs choices are great, the notes are great. . .everything about it is a win. Essential! Includes "You're A Song (That I Can't Sing)" and "The Night" by Frankie Valli & The Four Seasons, "Our Lives Are Shaped By What We Love" and "Broken Road" by Odyssey, "Don't You Be Worried" by The Commodores, "A Heart Is A House" Nu Page, "I Ain't Going Nowhere" by Thelma Houston, "I Can't Give Back The Love I Feel For You" by Suzee Ikeda, "You've Got To Make The Choice" and "Give Me Your Love" by The Sisters Love and more.  © 1996-2021, Dusty Groove, Inc.