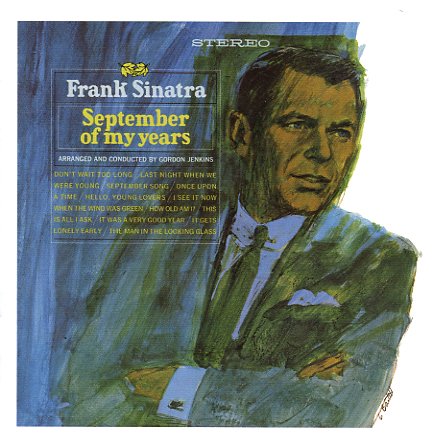 Put Your Dreams Away
Columbia, Mid 40s. Very Good
LP...$3.99
The cover's got an image of Frank Sinatra from later years, but the music here is all from the singer's early days as a solo act on Columbia Records – material that has the great one really reinventing the role of the male voice in American music, especially on well-crafted ballads and love ... LP, Vinyl record album

Nancy & Lee
Reprise, Late 60s. Very Good+
LP...$39.99 (LP...$26.99, CD...$12.99)
One of the weirdest, wildest pop albums of the 60s – maybe the crowning achievement of both Nancy Sinatra and Lee Hazlewood – two artists who'd worked together before, but never with an intensity this great! The record is overflowing with all the great touches you'd expect from Lee ... LP, Vinyl record album