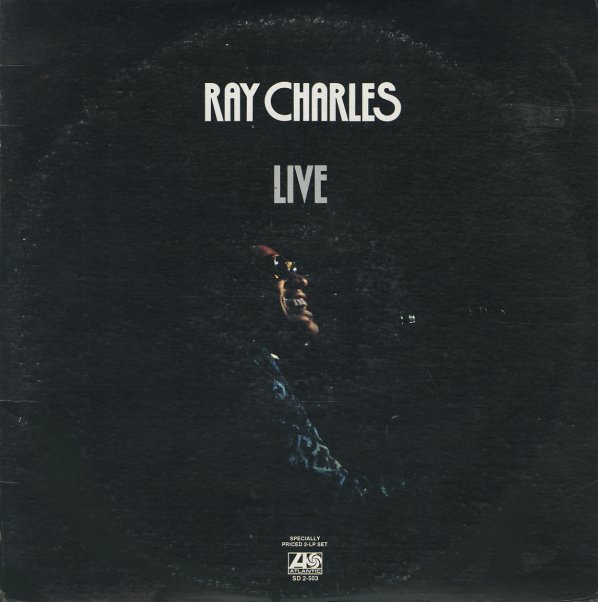 A pair of late Atlantic live recordings by Ray – put together in a single 2LP 70s package! First up is Ray Charles At Newport – a great live album, with a definite jazzy feel – thanks to work from David Newman on tenor sax and Marcus Belgrave on trumpet! Titles include "The Right Time", "I Got A Woman", "Blues Waltz", "Hot Rod", "Sherry", and "Talkin Bout You". Ray Charles In Person features smoking work from David Newman on tenor and Hank Crawford on baritone – plus a bit of trumpet from Marcus Belgrave! Titles include "Frenesi", "Drown In My Own Tears", "Tell The Truth", "The Right Time", "What'd I Say", and "The Spirit Feel".  © 1996-2022, Dusty Groove, Inc.
(Rockefeller label pressing. Cover has light wear.)