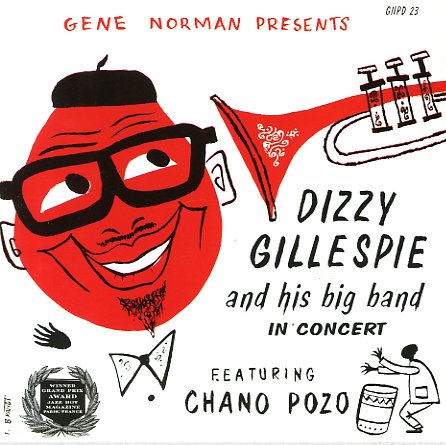 A legendary bit of cubop! Diz is playing here with the band that virtually invented Latin Jazz – the one that featured Chano Pozo on conga, plus great soloists like James Moody and Ernie Henry – all blowing beautifully in a style that's one of the most perfect realizations of the cubop Latin Jazz groove of the time! The recording was done live, but the quality's strong – and titles include "Good Bait", "Emanon", "Ool Ya Koo", and a classic reading of "Manteca"!  © 1996-2021, Dusty Groove, Inc.