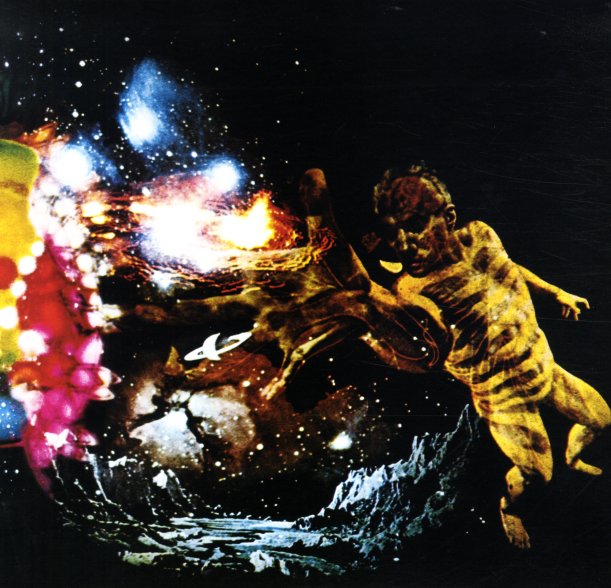 One of the most searing, soaring albums ever from Santana – a set that takes all the power of the previous two records, and packs it into one tight little set! There's plenty of Latin influences going on – mixed with heavy fuzz from Carlos, and lots of jazz and funky touches too – way more happening on the rhythm tip than most of Santana's contemporaries – which is why the record continues to find such a wonderfully wide audience over the years. Drop cuts like "Batuka","Toussaint L'Overture", "Jungle Strut", or "Para Los Rumberos" next to tracks by War, Mandrill or Tower Of Power and you'll see what we mean – and titles also include "No One To Depend On","Taboo", "Guajira" and "Everything's Coming Our Way". Disc two includes live at the Fillmore West from July 4th 1971.  © 1996-2022, Dusty Groove, Inc.
(Out of print, small index sticker on spine.)