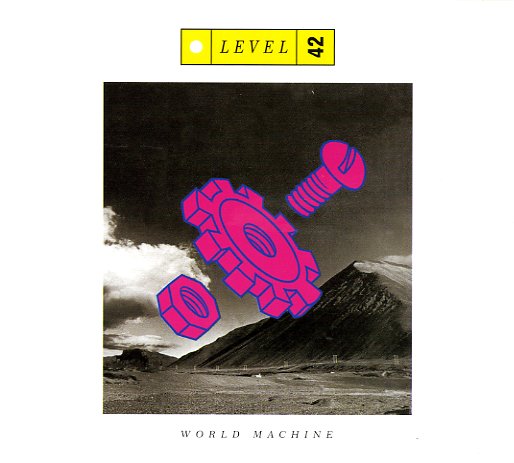 A crossover classic from Level 42 – a set that catapulted the soulful British group into international stardom! The tunes are catchy, filled with electro bits, and produced with some great bubbling touches from Wally Badarou – whose hand in the studio really keeps things from ever getting too cheesy, despite the commercial fame of the set. There's a balance here that's hard to describe, but it's one that's allowed the record to hold up well over the years – almost waiting to be rediscovered by a younger generation who'd appreciate whole other aspects in the music. Titles include "World Machine", "Physical Presence", "It's Not The Same For Us", "Lying Still", "Coup D'Etat", "Dream Crazy", and "Good Man In A Storm".  © 1996-2021, Dusty Groove, Inc.
(Still in the shrink, with hype sticker and shop sticker remnants. Cover has a light stain at the bottom right corner.)