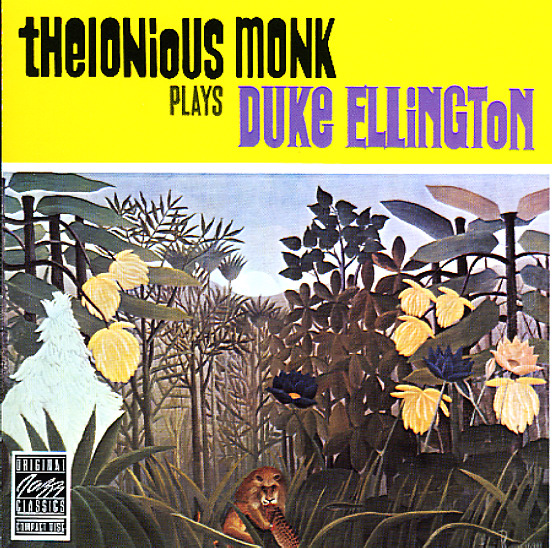 Thelonious Monk plays the music of Duke Ellington – but as you can imagine, the sound here is quite different than usual! At a time when Ellington was working mostly in large group format for the mainstream, Monk's presentation of his standards in trio format is a wonderful way to unlock their nascent modernism – the angular tones, lines, and complex ideas that were still present in the orchestra readings of the tunes, but which would show up even more strongly in Duke's smaller group dates of the 60s. Many numbers bear the familiar Monk imprint – complicated lines on the keys and sharp changes that really reignite the numbers – and rhythm here is from Oscar Pettiford on bass and Kenny Clarke on drums. Titles include "Mood Indigo", "It Don't Mean A Thing", "I Got It Bad and That Ain't Good", and "Caravan".  © 1996-2022, Dusty Groove, Inc.
(Out of print.)