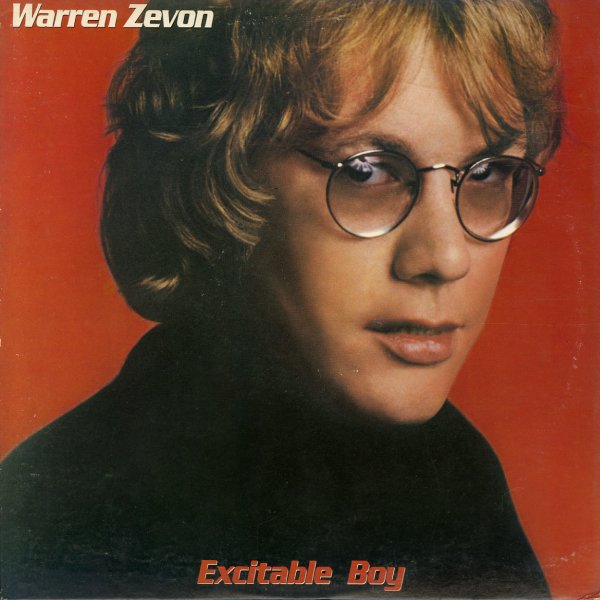 An early moment of genius from Warren Zevon – the kind of record that really set his talents part from the singer/songwriter generation that came before – and made Zevon a key part of a new era of much darker songsmiths! Zevon manages to weave in all these strange moody elements while still delivering songs that are tuneful – often with studio talent that goes back to an earlier generation of LA polish, but which manages to have a bit more edge here in Warren's company. The lasting highlight of the record is probably the oft-played "Werewolves Of London" – but the whole thig is filled with gems – titles that include "Accidentally Like A Martyr", "Roland The Headless Thompson Gunner", "Nighttime In The Switching Yard", "Tenderness On The Block", "Veracruz", and "Lawyers Guns & Money".  © 1996-2022, Dusty Groove, Inc.
(Early 80s pressing in a barcode cover, with light wear and a center split in the spine.)