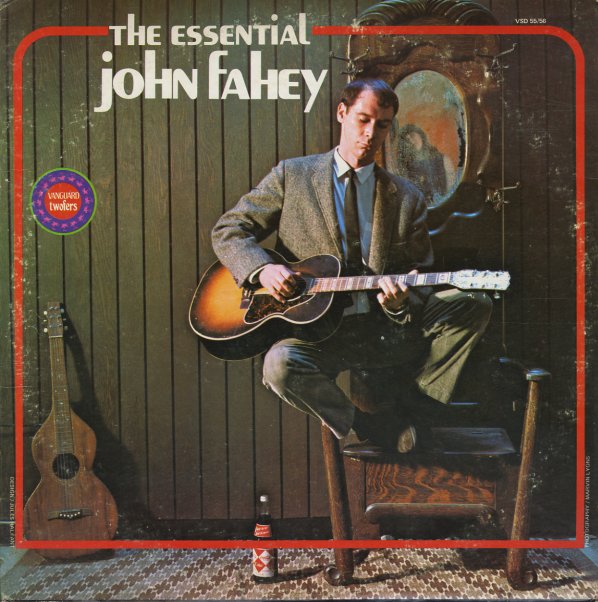 A great pairing of two key John Fahey albums from the 60s! Yellow Princess is an album as lovely as its title, and John Fahey's 8th record – mostly solo guitar, but with guest drums and bass on 2 cuts – "March For Martin Luther King" and "Dance of The Inhabitants Of The Invisible City Of Bladensburg". The sound is extremely magical – introspective, yet far-seeing – with that fragile sense of being in the world that's made Fahey's work endure far longer than that of most of his contemporaries. Other titles include "Irish Setter", "Commemorative Transfiguration & Communion At Magruder Park", and "Lion". Requia is excellent work by Fahey – all solo, and featuring some wonderful production on the guitar that brings out all the brilliance of his warm chromatic playing. Side one features "Requiem For John Hurt", "Requiem For Russell Blaine Cooper", and "When The Catfish Is In Bloom" – and side two features the four-part "Requiem for Molly", which has Fahey's guitar over some very cool effects!  © 1996-2020, Dusty Groove, Inc.
(Gold label stereo pressing. Cover has a cut corner.)

Voice Of The Turtle
Takoma, 1968. Very Good+ Gatefold
LP...$29.99
A tremendous early statement from the great guitarist John Fahey – and a record that has all his best ideas coming into really sharp focus! Fahey was a very collaborative person right from the start – even as a record collector, before his own recordings – and that spirit is felt ... LP, Vinyl record album

Lucky Thirteen
Vanguard, Mid 60s. Very Good+
LP...$34.99
A rare early American release of some of Bert Jansch's sublime recordings for the UK Transatlantic label – with tracks that include "Angie", "I Have No Time", "Needle Of Death", "Casbah", "Ring A Ding Bird", and "The Wheel". LP, Vinyl record album

All The Way Home
Vanguard, 1970. Near Mint-
LP...$4.99
An early album from the sons of Earl Scruggs – less in the rockish mode of later years – and Gary and Randy both sing – with Gary on bass, piano, and organ – and Randy on guitar and banjo. LP, Vinyl record album