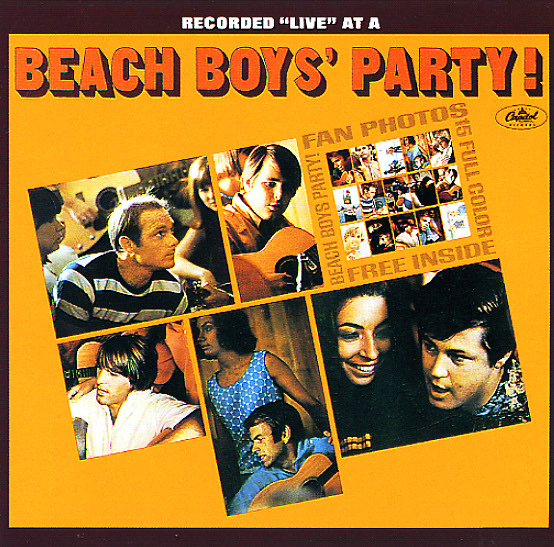 A really cool little album from the Beach Boys – a set that definitely takes its "party" title seriously, in a way that has the group singing in a somewhat live and spontaneous manner! There's sort of a "live in studio" feel here – with production that's less polished than on other records, and instrumentation that's heavy on acoustic guitar and percussion – almost like the group are hanging out at the beach, riffing on some of their favorite tunes. The album features the group's famous take on "Barbara Ann" – plus versions of a number of other 60s classics, like "The Times They Are A Changin", "Papa Oom Mow Mow", "Mountain Of Love", "You've Got To Hide Your Love Away", "Devoted To You", "Alley Oop", and "I Should Have Known Better".  © 1996-2022, Dusty Groove, Inc.
(Rainbow label mono pressing. Cover has light wear.)