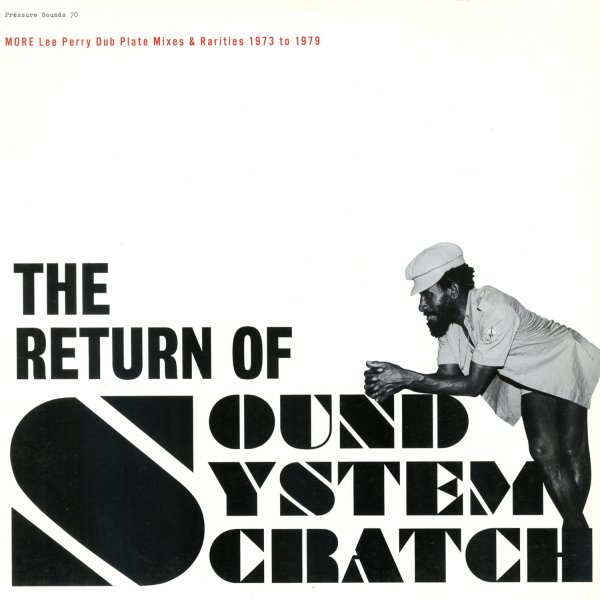 Rare and unreleased Lee Perry dubplate mixes – brilliant productions from the creatively fruitful, boundary busting 70s years – with the mighty Upsetters and numbers featuring Junior Murvin, Candy Mackenzie, Leo Graham, Jimmy Riley, George Faith, Jack Lord and The Silvertones! This is the second Sound System Scratch compilation from the deep treasure diggers at Pressure Sounds – who have again assembled staggeringly adventurous and hard to find Scratch productions from an amazing period at Black Ark. A number of the tracks are previously unreleased, others are exclusive dubplate mixes, all incredible – be it smoked out, hazy dubs and surprisingly accessible and soulful reggae. Includes "Righteous Rocking" by The Upsetters, "Get Ready (Bongo Mix) by Junior Murvin & The Upsetters, "Kis Me Mix" by The Upsetters, "I've Got The Dub" by George Faith & The Upsetters, "Enter The Upsetter" by Lee Perry & The Upsetters, "Darkness In The City" by Jimmy Riley & The Upsetters, "Rejoice Jah Jah Children" by The Silvertones and more.  © 1996-2023, Dusty Groove, Inc.