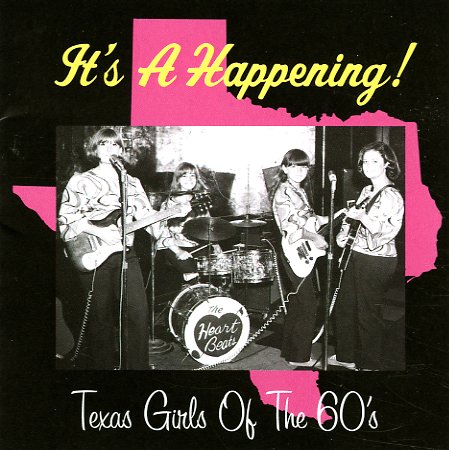 One of the coolest compilations yet on the Cicadelic label – a great collection of sweet, yet fairly rumbling singles from Texas girl group rock from the mid 60s – long-unheard numbers from The WordD, Friday And The Girls, The Heart Beats, The Bombshells, Linda Pierre King and The Penthouse! The Heart Beats came out of Lubbock to become the best known of the girls featured here in the original period – but it it's all great stuff, from garage rock organ & guitar groovers to sweeter vocal pop. Includes "Today Is Just Tomorrow's Yesterday" by The WordD, "An Older Boy" by Friday And The Girls, "Crying Inside", "Choo Choo Train", "Poor Side Of Town" and more by The Heart Beats, "Hard Lovin Babe", "Blackness", "Tiny Sparrow", "My Boot Heels Are Travelin" and more by Linda Pierre King, "You're Always Around" by The Penthouse and more. 25 tracks in all!  © 1996-2020, Dusty Groove, Inc.