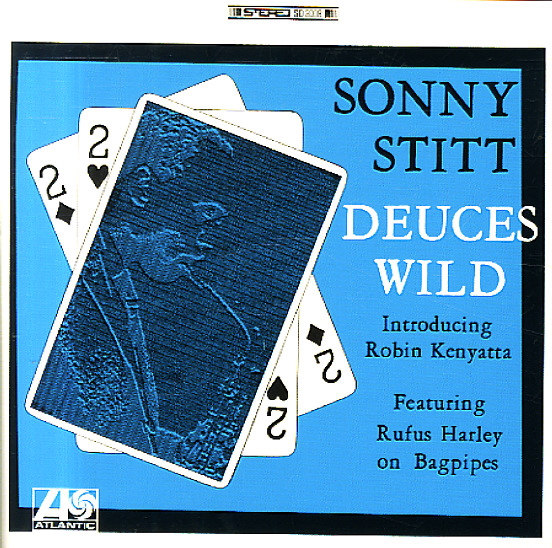 A great little Sonny Stitt album – very different than any of his other sets from the 60s! The album has a number of interesting aspects – from hard-wailing organ by Wilmer Mosby (who we think is Don Patterson under a fake name), to some screaming guest work by Rufus Harley and Robin Kenyatta. Sonny and Kenyatta sound especially great together, and on the track "In The Bag" Stitt's alto blends right in with Kenyattas, for an hard-wailing sound that's enough to shatter your windows, glasses, and contact lenses. Harley's work is equally great on the cut "Pipin The Blues", and with Sitt playing the sax parts, Rufus is free to really work those jazz bagpipes! Other tracks include "Deuces Wild", "Blues Ahead", and "Sittin In With Stitt".  © 1996-2021, Dusty Groove, Inc.