Jazz On The Latin Side All-Stars 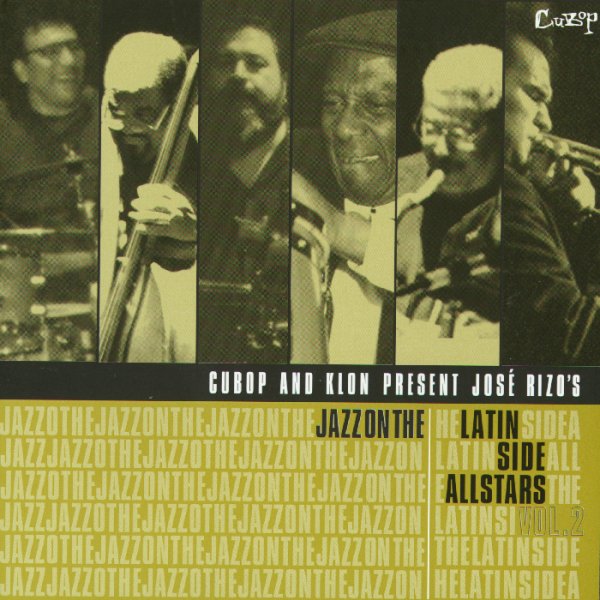 Jazz On The Latin Side All-Stars

Jazz On The Latin Side All-Stars Vol 2

An excellent batch of Latin Jazz – and a great second chapter in this series from LA, one that's possibly even better than the first one! The Jazz On The Latin Side All-Stars is a crack group of players that includes old masters and fresh new talents – with a lineup that includes Pancho Sanchez on conga, Justo Almario on tenor, Ramon Flores on trumpet, Joe Rotundi on piano, Ramon Banda on timbales, Francisco Torres on trombone, Danilo Lozano on flute, Francsico Aguabella on congas, and Alex Acuna on drums. The tracks on the set are long hard-jamming numbers, all with the strong solos and tight grooves that you'd search for years to find in racks of older vinyl – and the quality of the recording is really up to the usual high Cubop standards. Titles include "Mambo Niles", "Descarga Borgers", "What If?", "Presentimento", and "McKibbon Walks The Talk".  © 1996-2022, Dusty Groove, Inc.
(Out of print, punch through barcode.)

Viva Cubop! Vol 2 – Dance The Afro-Cuban Way
CuBop/Ubiquity, 2000. Used
CD...$5.99
Some of the best recent Latin Jazz around – all tied up in one slick package by those crafty folks at Cubop! In a world of silly "fake" Latin remake projects, Cubop's delivered some of the best straight Latin around – taking older giants and getting them back in the studio, ... CD