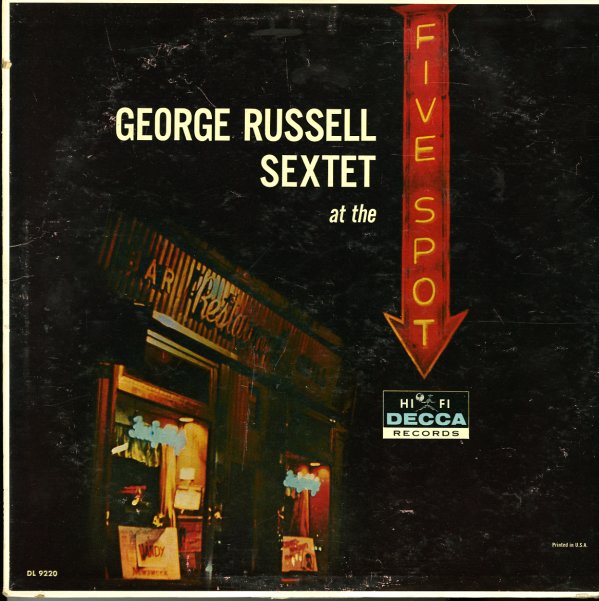 An nice lost session by modernist George Russell – recorded in New York in 1960, with one of his more obscure groups of the time. The set was originally recorded for the Decca label, as one of Russell's few LPs for the imprint – and like the others, it's got a fresh, unacademic tone that marks it as different from his other sides at the time. Russell's still got his head in the clouds theory-wise, but he also really manages a good swing on the record, weaving complex grooves alongside the trumpet of Al Kiger, the trombone of David Baker, and the tenor of David Young. Titles include "Swingdom Come", "Beast Blues", "121 Bank Street", and "Moment's Notice".  © 1996-2022, Dusty Groove, Inc.
(Out of print.)

As Long As There's Music
Verve, 1976. Used
CD...$9.99 (CD...$18.99)
Spare duets between Charlie Haden and Hampton Hawes – just bass and piano, with nothing else to hold them up – presented here as a wonderful illustration of the mature, sophisticated talents both artists had developed by the 70s! Hawes had really learned how to spin out a special kind ... CD

Soft Sands (Japanese pressing)
Verve, Mid 50s. Used
CD...$18.99
A really unique Oscar Peterson session for Verve – one that has him playing with orchestral backing from Buddy Bregman, and even doing a bit of singing on a few tracks! The orchestral side of things is really great – warm, lush, and dreamy backings that even have a bit of vocals from ... CD

Bashin – The Unpredictable Jimmy Smith (Japanese paper sleeve edition)
Verve (Japan), 1962. Used
CD...$29.99 (LP...$1.99)
One of Jimmy Smith's biggest albums of the 60s – and a classic Verve pairing of his lean Hammond organ solos with the fuller, hard-swinging arrangements of Oliver Nelson! Nelson is working here at the height of his powers – backing Smith with a large group, but in a way that only seems ... CD

One More For The Road
Verve, 2006. Used
CD...$6.99
Over 50 years in jazz, and Toots Thielemans is still one of the most distinctive players around – one of the few who could actually make us like the sound of harmonica in modern music, and an artist who's lent his style to countless great albums over the years! For this set, Toots explores ... CD